THIS COULD SAVE YOU AN EXPENSIVE REPAIR

The arrival of lockdown resulting from the Coronavirus outbreak has seen an increase in remote shooting which has also seen an increase in tethered shooting. There are a lot of advantages with tethered shooting and for remote shoots it has to be just about essential but there can be one major problem. In most instances you need to connect your camera to a computer with a cable and the cable usually attaches to your camera via a USB connection. The USB socket on the camera is not that robust and the weight of the cable over a period of time could cause damage to it. What is also possible is that someone trips over the cable and jerks it out of the camera and this again is likely to cause damage to the camera’s USB socket incurring what can be a quite expensive repair. There are several devices on the market designed specifically to guard against such accidents but they can be quite expensive, however I came across a cheaper option that some photographers may find useful. I lay no claim to the original idea but I have adapted it to use bits and pieces that were readily available locally, namely a key ring clip and cable ties. The effectiveness of the device when finished will of course depend on the quality of the materials used and some may feel that the purpose manufactured devices are the way to go but if you do fancy going for a home made device here’s how I made mine. 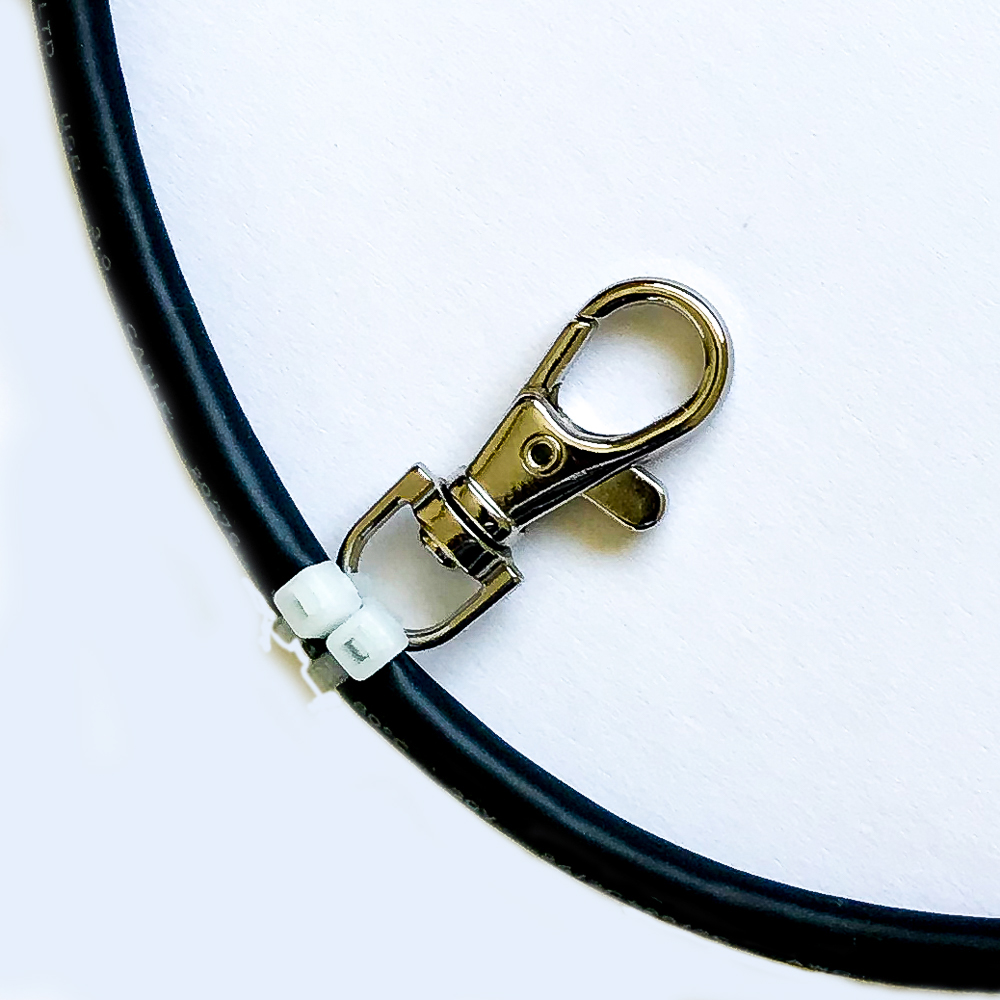 I used 2 cable ties to fasten my clip to the tether cable. The logic being that if I use 2 ties, the chances of them both failing at the same time are unlikely. 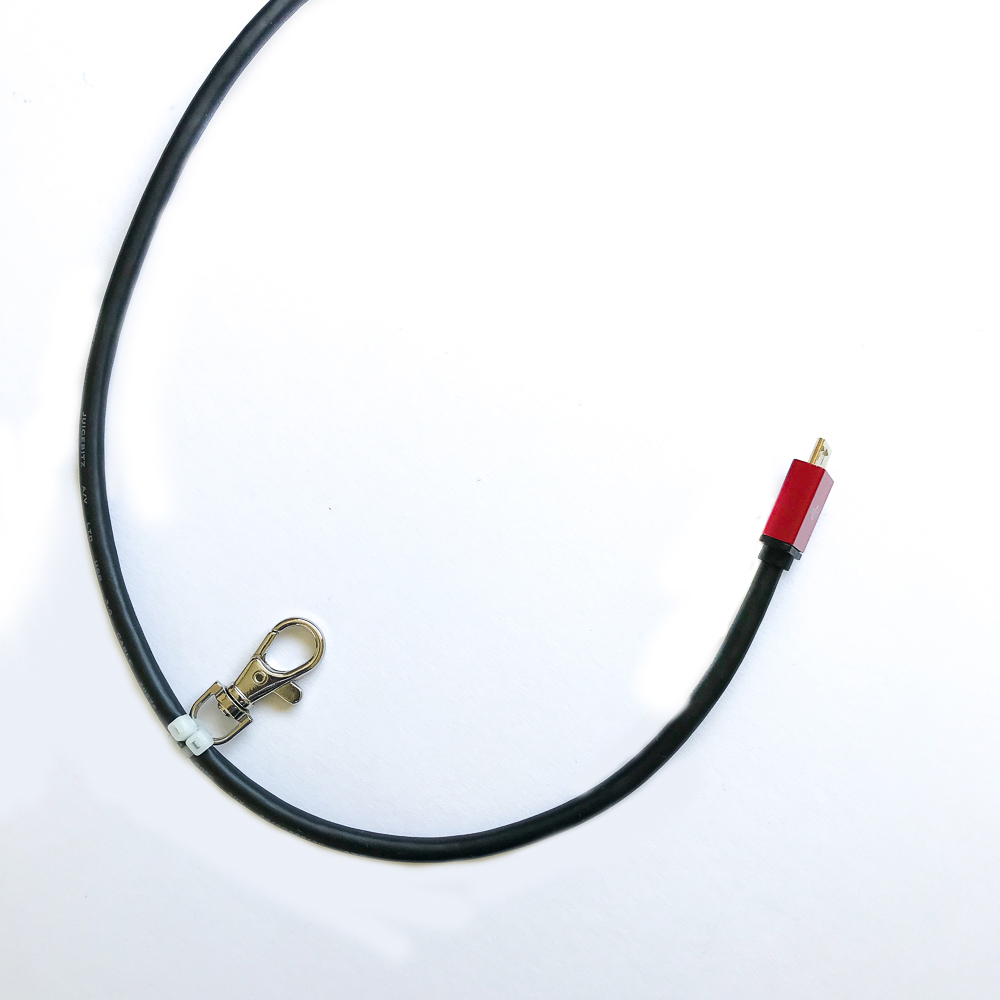 The positioning of the clip on  the cable isn’t critical but it does need to be towards the end of the cable that goes into the camera and be in such a position that you can plug into the camera and also clip onto the strap lug of the camera, leaving some slack in the cable. Below you can see how this all fastens to the camera and as you can see, any shock to the cable will be absorbed by the clip and so protecting the plug. This all works well when you’re shooting handheld and you have the camera strap round your neck but if you’re using a tripod  and someone trips on the cable the end result will likely be the same with or without this device. The camera ends up on the floor! With remote shoots where tripods are almost certainly going to be in use there is probably less chance of the cable being accidentally tugged, however, the clip will still take the strain off of the plug socket. 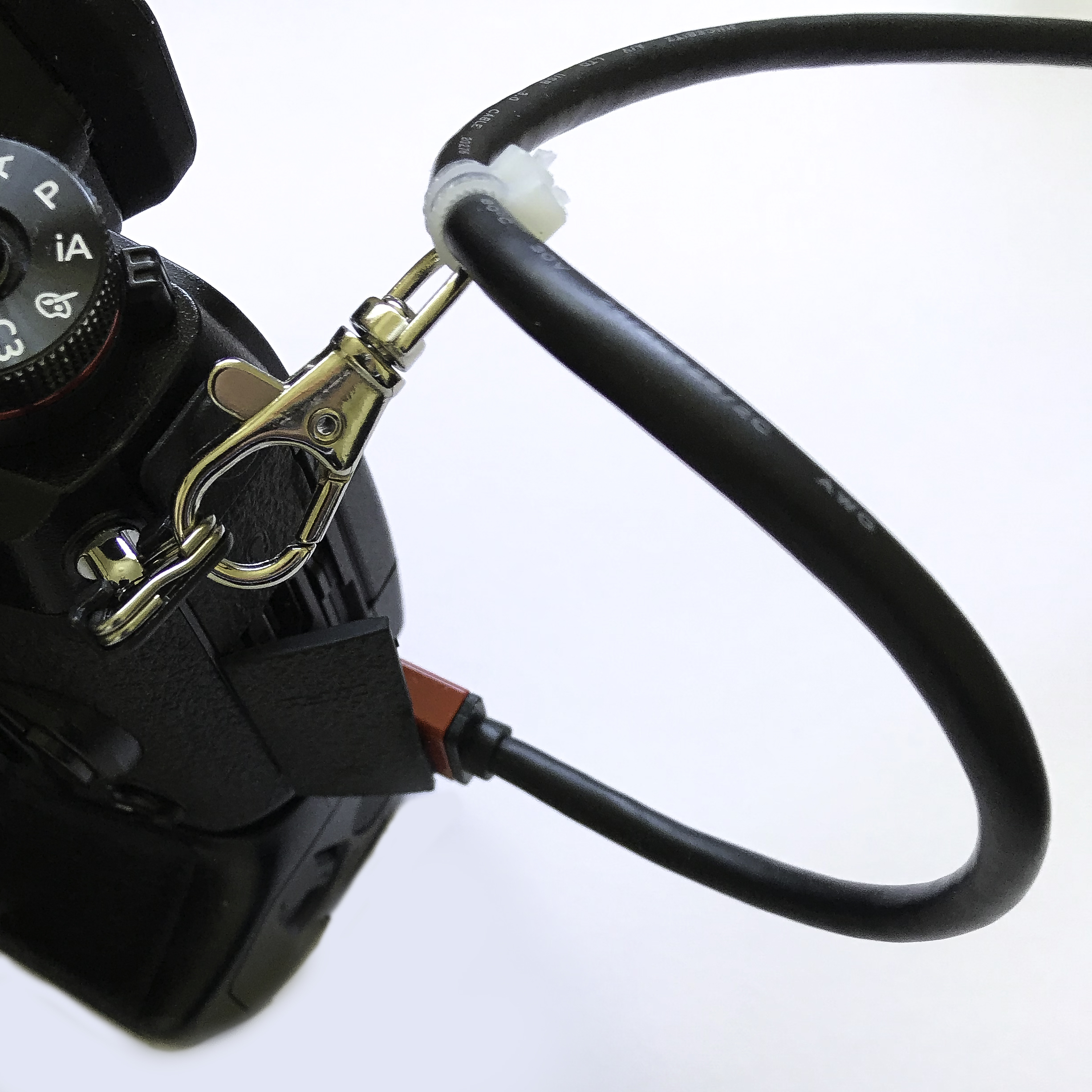